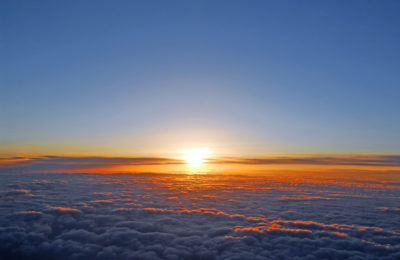 05 Feb Rise and Embrace Your Playfulness

So I came up with my word of the year. Actually two words: playfulness and rise.

Playfulness was chosen during a Toastmasters meeting, during which I led the meeting. I gave everyone a self-care card in an envelope and at the appointed time, I asked everyone to pull out the card. The word on the card would be their word for the year. Or the day. Or the hour. However long it suits them.

The exercise turned out well. When I invited some people at the end of the meeting to share the words on their cards, they spoke about how they resonated with them. I wish we had time for everyone to share but as these things go we did not. Still, it was a fun exercise and it sounds like it got some people thinking, including me.

Playfulness works for me because I tend to take things seriously. I was very serious that morning while preparing for the meeting and dealing with a Keurig issue (it wouldn’t make coffee) and a printer ink issue (couldn’t print agendas for the meeting), then going to Panera bread for coffee and standing in a line that absolutely did not move. Then I left Panera with no coffee and ordered my latte online with Starbucks. My cup stood there, on the counter, waiting for me when I arrived. Yay! One thing went right so far that morning.

And I’m serious in my business. I so want everything to go perfectly, but life happens. My laptop moves slowly, a cat barfs a hairball, Milton needs me to pick him up from the dealership where he dropped his car off.

And then there are the fears around visibility or speaking to a group of any size or making offers. It’s easy to let seriousness take over in an attempt to control the fears and the outcome.

What playfulness reminds me to do is to relax and welcome the fear instead of resisting it. I came across this mantra somewhere on the web and I’m using it for myself:

Playfulness is an antidote to fear.

Through play, I can let go of the outcomes and enjoy the process. I can open up the channels of creative energy, cope with uncertainty, and step confidently into my activities.

And there’s the other word: rise. Because as I work with fear instead of against it, I can also rise and be seen.

As one Facebook friend put it, “through play we rise into joy.”

So far I’m living true to that. Recently I was featured in a She Is Fierce! Sunday newsletter. I reached out to the community about my radio show, and I was invited to take part in their project that highlights the work of various members of the community.

Obviously this meant exposure and being vulnerable and sharing some juicy tidbits about my journey, nevermind pictures of myself, but I thought it would be a worthwhile adventure. Have a look and see, and I would love to know what you think!

I wish you a year of playfulness and rising to your potential!

being seen, getting out there, inspiration, visibility, woty